Whats it about: All the latest news from WWE 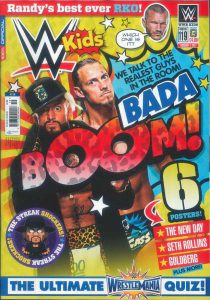 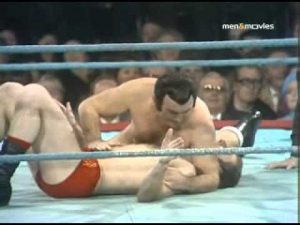 The last time I watched wrestling was in the 1970’s whilst on my regular Saturday afternoon visits to my Grandma’s house for tea. With commentary from the great Kent Walton, she would be transfixed to the screen watching the likes of Mick McManus, Big Daddy and Giant Haystacks. There would be no tea until the last man had been counted out!

I don’t know if wrestling died out for a while, but some years later it seemed to re-appear, with larger than life contestants attired in much bolder costumes. Gone were the plain coloured trunks and leotards with the cut out fronts, and in came lycra leggings, bandanas, and vivid patterned trucks. 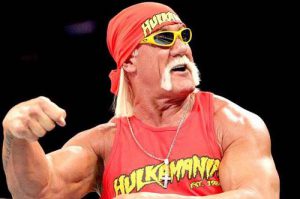 When a copy of WWE Kids magazine dropped onto my desk this week, I was eager to find out more.

WWE Kids is designed for boys aged between 6 and 12 years who are looking for all the latest news about World Wrestling Entertainment.The front cover of my magazine sports a free gift of a cool leopard print bandana, and a necklace with the words SAWFT! on it. (SAWFT means weak or soft). 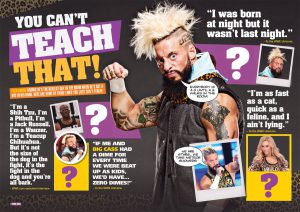 Each issue has comic strips, breaking news, and action packed puzzles that keep young readers entertained until the next showing of their heroes on TV. WWE really is the perfect magazine for young readers who want all the latest WWE news, gossip and interviews with their favourite stars. 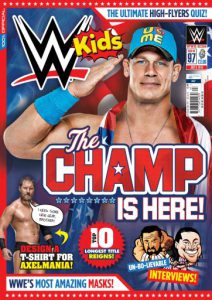 The magazine is packed with cool posters, must win competitions, comic strips and puzzle and picture challenges. To help youngsters follow in the footsteps of their favourite wrestlers, there are handy little tips on healthy eating and sports performance, all the latest ringside access and wrestler profiles.

A ‘Then and Now’ feature tracks the WWE career of a superstar from their debut to the present day. The Ultimate Wrestle Mania Quiz tests readers knowledge with 10 challenging questions. The magazine invites reader participation by getting youngsters to send in their drawings which, if selected, can appear on the Wall of Fame  In a previous competition, readers had to design ring gear for Seth Rollins, with the ten most impressive entries featured in the magazine.

Would Grandma have approved? If she were still here, she might have asked for a subscription! You can get one and never miss any of the action by subscribing here.